Over 1 million students have applied
to colleges via CollegeSearch

We'll send you a link, open it on your phone to download the app 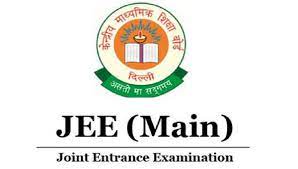 The journey of Google CEO Sundar Pichai has become an inspiration for lakhs of engineering aspirants across the country. His journey from the Indian Institute of Technology, Kharagpur (IIT Kharagpur) to Silicon Valley has motivated numerous aspiring engineers. One such engineering aspirant who is inspired by Sundar Pichai is JEE Main March topper Mridul Agarwal. Mridul Agarwal appeared in both the session of JEE Main 2021 i.e. JEE Main February and JEE Main March sessions. He secured 99.999 percentiles in phase 1 and 100 percentiles in phase 2.

Mridul is a 17-year-old engineering aspirant who wants to pursue B. Tech in Computer Science from IIT Bombay. He says:

“Pichai's success is an inspiration for many like me — from passing out from IIT to becoming the CEO of tech giant Google. I also want to work in some top tech company or will run my own start-up,”

Mridul Agarwal hails from Jaipur city who secured 99.999 percentiles in February attempt, but he again appeared in March attempt, he secured a complete 100 percentiles. “Since there was less gap between the two exams, therefore, I took the February session to check my preparation level,” he said.

Mridul Agarwal, the topper of JEE Main 2021 March session, talks about his JEE Main Preparation. He says owing to global pandemic COVID-19, he got more than expected time to prepare for the examination as due to lockdown, no one was allowed to go out. During lockdown, he attended online classes of the institute he was admitted to.  Thus, he had extra time to prepare for JEE Main Exam as he didn't have to waste his time by travelling to the coaching center and school. Mridul is a student of St. Xavier's School, Jaipur. Mridul will also be appearing in 12th class board (that have been postponed until further notice) exams this year.

He added, apart from his institute's study material, Mridul studied from NCERT books as well. He thoroughly studied NCERT Books while preparing for the exam. He even studied from the laboratory manual part and even found some questions in Chemistry section as well.

He also gave credits to NTA Abhyas App that has been launched by the National Testing Agency for JEE Main Aspirants to prepare for the exam by practicing mock tests available on it. He also solved previous year question papers of JEE Main Exam.

He has been now preparing for JEE Advanced Exam. He is focusing on questions-based preparation. He says:

“I am preparing through previous year questions, and for concepts and understanding, I am referring to books by foreign authors and online resources,”.

01-Feb-2023
JEE Main Exam – JEE Main Exam 2023 is being conducted in two sessions i.e. January and April. The examination will be conducted in various slots of 4-5 days. The National Testing Agency (NTA), being the conducting authority ... Read more

01-Feb-2023
As per the official notification released by the NTA, candidates are allowed to list different JEE Main Exam Center of their preference for each of the four sessions during which the exam is being conducted. JEE Main Phase 2 for April ... Read more

10-Jun-2022
The aspirants of JEE Main 2022 must possess a proper knowledge of the books which should be referred to while preparing for the exam. In order to prepare for the exam, candidates must check the list of best books for JEE Main ... Read more

10-Jun-2022
Important Questions of JEE Main 2021 – Now that JEE Main Registration is to begin soon and the first session exam will be conducted in March, students have started preparing for the exam. They have their timetable prepared which ... Read more
View All Articles >>