The Indian Institute of Management Bangalore, also known as IIM Bangalore, is an autonomous institute which was established in the year 1973 at Bannerghatta Road in South Bangalore, Karnataka. The Institute is one of the oldest management schools of India and is also considered one among the top B-schools of Asia. IIM Bangalore is also recognized as the Institute of National Importance by the Government of India and works under the guidelines of the Ministry of Human Resource and Development. IIM Bangalore Courses include various Post Graduate and Doctoral Programmes in the field of Management. Apart from academic programmes, IIM Bangalore also facilitates research, offers consultant service, conducts the seminar, academic conferences and publish journals.

Why students opt for IIM Bangalore?

IIM Bangalore stands prominently among the most preferred management colleges of India. Here are the few reasons suggested by the alumni of the institute:

The IIM Bangalore Placement procedures are governed by the Placement Committee. In the year 2018, nearly 140 companies participated in the placement process where 462 National and International offers were made to 420 students. Deloitte, Boston Consulting, AT Kearney and EXL emerged as the top recruiters in Placement 2018 at IIM Bangalore.

The institute also offers scholarships based on the academic status of the student. Following are the scholarships offered by IIM Bangalore: The application procedure of the Indian Institute of Management, Bangalore can be achieved online by visiting the official website of the institute. To apply for the courses offered by IIM Bangalore, candidates need to, first of all, register themselves for admission. The admission procedure entirely depends on entrance examinations conducted at the National level. After having qualified the respective entrance examinations, the candidates must sit through the counseling procedure conducted at the institute.

The registration procedure for IIM Bangalore starts in the month of August and ends in September.

The Indian Institute of Management, Bangalore offers Fellowship Program in Management at the research level. The candidates seeking admission must possess a master's degree in the relevant field with at least 55% marks in aggregate.

The pandemic Coronavirus outbreak across the country led to the nation-wide lockdown along with various consequences which is gradually reaching to the extremities. All the colleges are facing tough time as they have been shut for a few days and even the ongoing examinations have been canceled. Even business schools are on the same page and trying to figure out the possibilities to remain intact during these tough times. Every college encounters various recruiters during the phase from January to April and students expect the finest opportunities during campus ...Read more

Nowadays, it has been very difficult for the candidates and their parents to bear with the rising fees. As a relief to the students, IIM Bangalore has brought a piece of good news. As per the sources, The Indian Institute of Management Bangalore (IIM-B) has been granted exemption from Goods and Services Tax (GST) for the all long-duration programmes that are conducted at the institute. ...Read more

Find Out The Best Career Opportunities At IIM Bangalore

The Indian Institute of Management, Bangalore breaks all records by attaining 100% placement for the batch of 2017-19 that too in just two days. The time duration of the placement procedure explains the consistency of visiting companies and their efforts they put to shortlist candidates. There were more than a hundred companies that visited IIM Bangalore campus this year and the companies offered 488 placement opportunities to the talented students of the institute. As per the records, there were 411 MBA students and all of them got recruited in major ...Read more 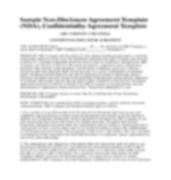 Library
The campus has a library which is spread across 55000 sq ft with full-day access to the students having a collection of 168102 books and 5375 working papers.
Computer Lab
Computer labs are open 24 hours. It has high-speed internet facility, latest machines, software etc.
Auditorium
The campus has a big auditorium with all the facilities and good seating arrangement.
Gym
The campus has an MDC fitness center with all equipment to maintain fitness.
Medical
A medical center is available in the campus to provide facilities to the students and the faculties.
Wi-Fi
yes
Cafeteria
The campus has a cafeteria which serves good quality hygienic food.
Hostel
Single room accommodation is provided to all the students. All the rooms are well furnished.