Engineering is the most sought-after stream of education which involves theoretical knowledge of Science, Mathematics, and Technology and their application to design, build, and maintain Machines, Software, Structures, and Systems. Engineering can also be termed as the use of “Scientific Principles” to construct and develop structures which may also include making Bridges, Tunnels, Buildings, Vehicles, etc. Under the discipline of engineering encompassed is a wide range of more specified Fields of Engineering wherein in the focus of each discipline is on particular areas of Applied Mathematics, Applied Science, and Types of Application. The wide range and variety of career opportunities that Engineering offers makes it the most sought-after program pursued by students after having qualified Senior Secondary School in Science Stream.


Being an engineer is never too easy. It is engineers' responsibility to figure out how things operate and work out and after giving much thought to it, they put all their efforts to find the practical use of their knowledge for scientific discoveries. Along with Scientists and Inventors, Engineers must also be given credit for innovations they have made in order to advance the human condition.

The All India Survey of Higher Education also known as AISHE which is powered by the Ministry of Human Resource and Development (MHRD), Government of India organized a survey back in 2018-19 and as per the report of the survey, Engineering was found to be the third major stream at the undergraduate level. There were 37.70 lakhs of students who registered themselves in various fields of engineering. It was also seen that 70% of the total student enrolled for Engineering and Technology were males and the rest 30% of students were females.

Below mentioned are the Top 10 Engineering Institutes ranked by NIRF:


Some of the most popular and accepted engineering entrance examination are mentioned below:

University of Petroleum and Energy Studi...

University of Petroleum and Energy Studi...

CSE with Specialization in Big Data...

Information Security (in Association with IBM)

Cloud Computing (In Association with IBM)

Today is the Last Date To Apply for JEE Main Exam 2021. Apply Before the Window Closes!

An astronaut is a person who is trained to... An electrical engineer is someone who... A scientist studies and refers scientific... The following banks provide loan for this course 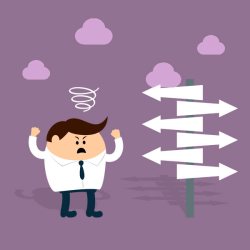 Tell us your preference