What is GITAM GAT ?

1.Candidates must have booked their GITAM GAT 2015 Online Test Slots from April 9 to April 15, 2015 before they can download the GITAM GAT 2015 Admit Card.

4.Students must check all the Hall Ticket of GITAM GAT 2015 details very carefully and report any discrepancies to the notice of the University authorities

5.Candidates must take two print outs of the GITAM GAT 2015 E-Hall Ticket on A4 size paper only with the help of the print option

6.While printing, candidates must ensure that all the details on the GITAM University 2015 Hall Ticket including the photograph are clearly visible on the print out

7.They must carry the two printouts of the GITAM GAT 2015 Admit Card to the exam hall along with a valid Photo Identity (check the list is given below)

9.The GITAM University 2015 Hall Ticket must be kept safe as it is required during counselling

The GITAM Admissions Test is an online Test. The GITAM GAT 2015 will be for two hours Comprising of multiple questions, the Exam Pattern for GITAM GATconsis ts of three sections for the subjects of Mathematics, Physics and Chemistry. Note: Biotechnology aspirants have to attempt Biology instead of Mathematics Each correct answer will carry 3 marks while any wrong answer will get one mark deducted.

1.The final round of counselling in GITAM University will start tentatively in June first week of 2015 after the result is declared on May 16, 2015.

3.Candidates have to attend the Counselling of GITAM GAT 2015 in person

4.Shortlisted candidates must submit the original documents as specified below for verification during the GITAM GAT 2015 Counselling Procedure.

The students must produce the below given documents in original along with two attested copies for verification during the GITAM GAT 2015 Counselling:

5.For PH candidates:  Medical Certificate from not below the rank of a Civil Surgeon

What is GITAM GAT? 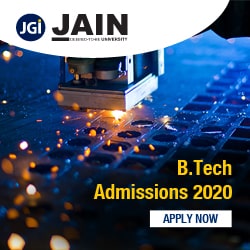 What is GITAM GAT?