Relaxation Introduced by HRD Minister in Eligibility Criteria for Admission to NITs. Read to Know More!

Good college 3/5
So far I had an good experience. The facilities within the college campus are good. Moreover it is a good college  ...Read Full Review
SRM Valliammai Engineering College, Chennai

Studying Mtech in IIT Kharagpur which is the oldest IIT College in the city is a great experience. There is a National Level GATE examination which I have completed and then took admission here in that my score was 48 and I got admission because I am from the reserved quota but for the general quota student the requirement is 56 marks The fee of the college is Rs 80,000 per year We also Receive a Stiphen of Rs 12,400 monthly from the Ministry of HRD which is also a great thing for us. The subject of mine was the Water Resource and in this course, the Placement is less.

IIT Kharagpur- Home away from home 5/5

College is a place where you get independence, and if you college is IIT Kharagpur, you are in your own hands! Here I have learnt how to be responsible and independent. I have learnt how to cope up with highs and lows. Studying 2 days before exams, having night outs with friends, being carefree for most of the time, asking for treats from the seniors, IIT Kharagpur gives it all. The hardwork pre JEE is completely worth it! Here I have got to take part in lot of activities and the coding and robotics culture here is very good.

It's a really good platform for all students irrespective of their streams. IIT Kharagpur is second best rated institution of India and there's no denying that as the results(interns, jobs and PPOs) are evident. It doesn't just focus on academic growth of a student but also helps to enhance an individual's overall personality. Society and hall culture specially contributes to this factor as they teach you how to work in group. It's all in one package!

Its not just a college it's Paradise. A place to learn, innovate and achieve 5/5

Everyone has some expectations with his / her college life. This place not only fulfilled them but also made me realize how narrow my vision was. I came across a lot of new , creative and amazing things i never even dreamt about. Only advice i can give to aspirants is to start exploring things beyond books and internet , interact with people , take part in activities 'cause this is where creativity emerges from.

History knows that IIT Khragpur was the 1st IIT to be open in India for the technical education which gave India's finest number of engineers not only to India but to the world and i have done my Btech in Civil Engineering from this college and i am a 2011 passout when i was student the minimum rank for the admission was 1300 but i am unaware about now and the exam which they conducts was IIT-JEE. Ranked 9th as per NIRF among all Indian Universities | 325+ courses across 30+ diverse disciplines.

The Indian Institute of Technology, Kharagpur has been awarded the DSCI Excellence 2018 for the cybersecurity education imparted by the institute. The award is given by the Data Security Council of India i.e. DSCI. DSCI is an industry body on data protection which is established by the National Association of Software and Services Companies (NASSCOM).  ...Read more

IIT Kharagpur joined hands with NIT Srinagar to organize the 5th edition of International Conference on Nanotechnology for Better Living (NBL)-2019. The conference is scheduled to be organized on April 7 to April 11, 2019. Many prestigious institutions are going to be part of this 4 day conference. ...Read more

The Indian Institute of Technology, Kharagpur has developed a solution to filter out fake news about disasters on social media platforms such as Facebook, WhatsApp and Twitter. The solution will be using artificial intelligence to extract critical information from social media platforms that are difficult to obtain manually. This tech developed by IIT Kharagpur can be used to determine the authenticity of the posts. It will also be providing data regarding rescue and relief operations. In the year 2016 during Chennai floods, there were rumors that crocodiles had ...Read more

Ranked No.1 by Mint magazine for Best engineering college

The campus provides scholarships of 2100/- every month is given to the 2nd year student of B.Tech based on their CGPA of 2nd semester and annual family should be less than 6 lakhs.

It was little before India finally got Independence, the intellects of the nation realized it's the education which can aid in their efforts of setting a free India, a 22 member committee was set by Honorable Sir Jogendra Singh, who was the member of the Viceroy's Executive Council, Department of Education at that time. The agenda of the committee was to formulate the foundation of an institute for higher technical education which will nurture the industrial development of the nation post-independence. The committee suggested of setting up a group of 4 Higher Technical Institutions in the four regions of the country i.e. Eastern, Northern, Western and Southern regions, following the concepts of the Massachusetts Institute of Technology, USA. With the suggestions of the committee the first Indian Institute of Technology was established in May 1950 at Hijli of Kharagpur (WB), it was formally inaugurated on August 18, 1951, by Maulana Abul Kalam Azad.

The IIT Kharagpur is located just 5 KM away from the main railway station of the Kharagpur and 120 KM away from the metro city Kolkata. The campus is spread in 1,200 acres and probably one of the biggest college campuses including all the modern and required facilities like bank, post office, shopping malls, hospital and others.

The vision of the institute is “To be a centre of excellence in education and research, producing global leaders in science, technology and management by becoming a hub of knowledge creation that prioritizes the frontier areas of national and global importance” and to fulfil the same the institute since its establishment has thrived rapidly. To cover all the aspects of higher technical education the institute, currently have 19 academic departments, 8 multi-disciplinary centres and 13 schools, apart from these the campus have dedicated research projects performed in the 25 central research and development units. Following are the departments, centres and schools of IIT Kharagpur offering various courses and improving the lives of people of the nation: 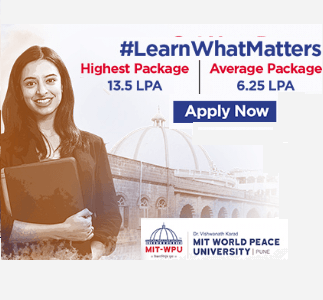