NMAT by GMAC 2019 Scorecard to Be Released on This Date. Read More to Know! Overall Rating4.6/5
10 reviews
Help other aspirants by sharing your review of this college

All 10 reviews published here are genuine and honest feedback given by students and alumni of this college.

Great, you should surely join this college . 4/5

Placement is to TY students but provide interns to all even in reputed co.

There was no compulsion on doing internships

no placements are provided by the college.

no placements are provided by the college.

Its the best college for commerce. One must join it to create a btter future.The faculties are awesome here. The infrastructure of the college is amazing. 5/5

The placement are very good.Renowned companies comes for the placement

Great, you should surely join this college . 4/5

Placement is to TY students but provide interns to all even in reputed co.

There was no compulsion on doing internships The deserving candidates can apply for scholarships through the proper channel.Scholarships are offered to the students belonging to SC/ST categories and the wards of Ex-servicemen,school teachers,etc.

Library
The college has a spacious multilevel library with a seating capacity of over 300 students.The library has over 66,900 books, 94 journals and magazines.
Computer Lab
The college has 3 computer laboratories with over 80 computer systems configy=ured with the latest hardware.
Auditorium
The auditorium of the NMCCE college is equipped with all the audio-video facilities and is fully air-conditioned.
Medical
The college has a medical center with a qualified medical practitioner and the necessary medicines and first aid kit.
Cafeteria

Aamir Khan (born Mohammed Aamir Hussain Khan 14 March 1965) is an Indian film actor, director, screenwriter, producer and television presenter. Through his successful career in Hindi films, Khan has established himself as one of the most popular and influential actors of Indian cinema. He is the recipient of numerous awards and nominations, including four National Film Awards and seven Filmfare Awards, and was honoured by the Government of India with the Padma Shri in 2003 and the Padma Bhushan in 2010.

Aditya Narayan Jha commonly known as Aditya Narayan, is a Nepali Indian Bollywood actor, television host and music composer & singer. He is the only child of Bollywood singer Udit Narayan and Deepa Narayan.

Priyanka Chaturvedi (born 19 November 1979) is a Spokesperson of All India Congress Committee, a Presidium of Indian National Congress Party of India. She is also a columnist for Tehelka, Daily News and Analysis and First Post.

Shahid Kapoor also known as Shahid Khattar, (born 25 February 1981) is an Indian film actor, known for his work in Hindi cinema. He started his career by working in music videos and advertisements, and made his Bollywood debut with the romantic comedy Ishq Vishk (2003) and won a Filmfare Award for Best Male Debut for his performance.

Rahul Sharma (born 25 September 1972) is an Indian classical musician of Hindustani classical music. He plays santoor and is also a vocalist. Rahul Sharma was born in Mumbai to the Dogra Brahman family of santoor player Shivkumar Sharma and Manorama, from a family steeped in the tradition of Kashmir. His grandfather, Uma Dutt Sharma, was a master of the santoor. 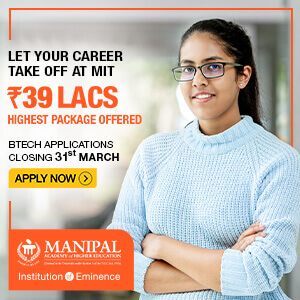