In the wake of preparing for XAT, one of the toughest competitive exams and with less than three months to go, one needs to prepare by practicing mock papers and examining previous year patterns. The section-wise analysis is presented below:

•    This section was known to be difficult with the vocabulary part consisting of questions from proverbs, analogy, and descriptive phrase.

•    Verbal reasoning consisted of exhibiting of understanding a poem apart from questions from critical reasoning, relation, and para jumbles.

•    4 reading passages out of which mostly all were influential.

•    There were eight single paragraph cases on formulating a strategy of medium difficulty spanning across analysis, HR and determining a conclusion based on numbers.

•    Overall the section was set to be of medium difficulty level.

•    There were questions on Geometry, Arithmetic, and number theory.

•    Questions from Functions and Progressions constituted those from Mathematics while Logical Reasoning consisted of questions from Data Sufficiency.

•    There were 7 questions from the Data interpretation section of medium difficulty level.

For more details, you may refer to XAT 2016 Analysis. 02-Jun-2021
CAT and XAT are two of the most popular MBA entrance exams conducted across the country. While CAT is a gateway to the 20 Indian Institutes of Management and over 1,000 other B schools, the XAT exam result is accepted by over 700 other B ... Read more

01-Jun-2021
Candidates willing to take Xavier Aptitude Test (XAT) 2022 have been waiting for the officials to release its examination date. As the exam is scheduled to be conducted in January 2022 (with no specific dates), all XAT 2022 examinees ... Read more

04-Sep-2018
As soon as the exam dates of XAT 2019 announced and registration window opened for the students, the most common arising concern is the colleges one is eligible to apply with their XAT 2019 scores. Candidates appearing for XAT 2019 to ... Read more
View All Articles >> 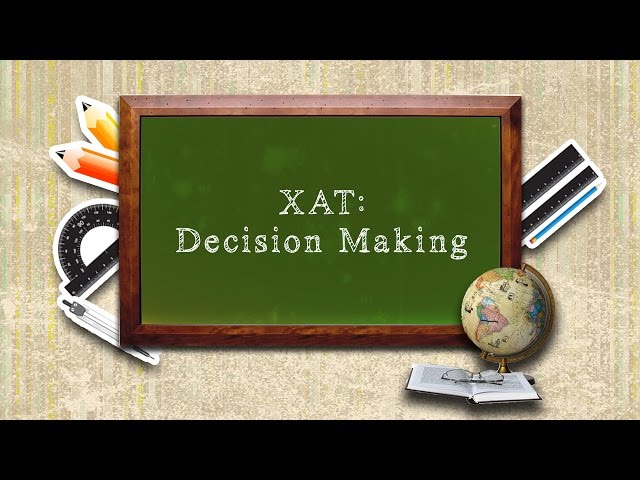