What CMAT Toppers Have To Say

CMAT is one of the most sought out MBA exams in the country. It consists of four sections namely the Quantitative Technique, Logical Reasoning, Language Comprehension, and General Knowledge. Checkout what toppers have to say about the exam and their strategies:

Jivtesh Singh managed to score 300 and secure the first rank in CMAT 2016 in his very first attempt. He credits his success to his practice, mock tests, and time management skills.

Jivtesh says “Studying from online material and taking crash course from coaching institutes were very helpful. The most important thing while preparing for any test is to attempt as many mock tests as possible.” He further adds that the pattern for CAT and CMAT is almost same, except that there are General Knowledge questions in CMAT. Inorder to prepare for the GK section he read books related to all the current affairs and kept himself abreast with the past 3 year's national and international issues.

He says Accuracy is the key to success. He further says” Go through the basics of aptitude. Start reading newspapers as it will help in comprehending the Rcs in Verbal Ability Section and will help in tackling the GK questions. Practice is the only thing which is required so give as many mocks as you can give.

He says that General Knowledge section is one of the most important one. One must focus on this section. Though it is vital to stay updated about the current affairs, but focusing more on static GK will be helpful. Also, candidates should attempt mocks, as many as possible.

CMAT 2020 Admit Card Will Be Releasing Soon. Read To Know When! ... Read more 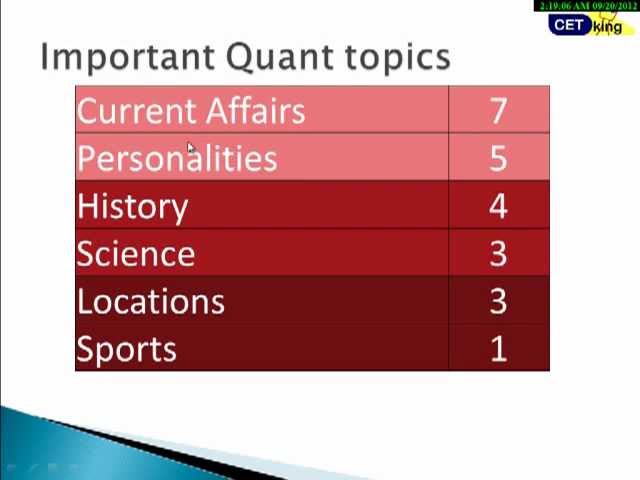