NMAT getting over today

NMAT by GMAC is a computer adaptive national aptitude test conducted by GMGC on behalf of GMAC in India. The test validity would be one year and is conducted to determine admission of prospective candidates into MBA/PGDM Programs offered by NMIMS and other B-schools that accept NMAT scores.

The NMAT by GMAC Test structure is as follows:

This is a Computer Based Test comprising of the sections: Language Skills, Quantitative Skills and Logical Reasoning. NMAT examination as such is unique for all test takers as candidates would be getting computer delivered questions from a pool source of questions, one followed by one. The factors such as number of questions, difficulty levels and time limit would be pre-determined for every section in the NMAT Examination. Between the three sections the candidate would be given a choice regarding the section that they would be wanting to attempt on an initial basis.

If a candidate completes a section before time, he may use the rest of the time to evaluate or revise the answers given or also spend time on questions that were tricky or time-consuming.

The time saved cannot be added to the next section. The NMAT Result would be declared within 4-5 weeks of the examination and a normalization procedure would further be followed to provide a fair score for the candidates. GMAC has not proposed any major changes in terms of the test pattern for this year.

The NMAT Exam pattern is consisted of follows:

NMAT by GMAC is considered one of the most student-friendly examination as it does not have a system of negative marking in place. It provides an opportunity to students to retake the examination if they do not get satisfied with their performance in the NMAT by GMAC Examination. NMAT by GMAC 2019 Scorecard to Be Released on This Date. Read More to Know! ... Read more NMAT 2019 Result Has Been Declared by GMAC. Check Here To Know Yours! ... Read more 25-Jun-2019
NMAT is the MBA entrance exam for NMIMS Mumbai and its other campuses. NMIMS Management Aptitude Test (NMAT) is conducted by the Graduate Management Admission Council (GMAC). NMAT scores are also accepted by 20 other renowned MBA ... Read more

NMAT or IBSAT which one is better. Check here.

07-Jun-2018
NMAT by GMAC is an aptitude test conducted in the field of Management Studies. NMAT helps the students to get enrolled to the campuses of NMIMS and also many other management studies institutes which accept NMAT in the list of admission ... Read more
View All Articles >> 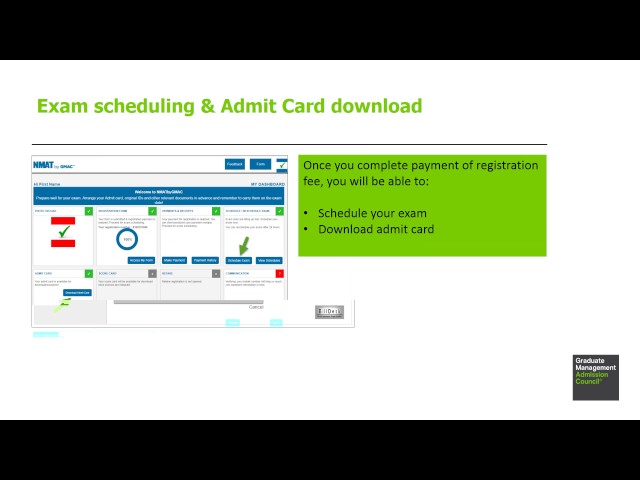