One point to be noted here is that for shortlisting candidates for WAT/PI rounds IIM Udaipur is considering only the CAT performance of a candidate. This goes on to show that performing well in CAT 2015 would go a long way in securing a WATGD//PI call from this premier B-school.

To conclude, one important observation about this year's selection process is that the total weightage for parameters which are controllable ( CAT,WAT and PI ) in the final selection stage has been kept at 71%. This ensures that the applicants, who do not have a good academic profile or work experience can still aspire to join IIM Udaipur by preparing well for CAT 2015, WAT and PI rounds.

Note- The Personal Interview and Written Analysis Test would be conducted at New Delhi, Mumbai, Bengaluru, Chennai and Kolkata. The exact date for PI & WAT will be communicated to the short­listed candidates by IIM Kashipur. who is co-ordinating for 2016-18 batch on behalf of IIM-Raipur, IIM-Ranchi, IIM-Rohtak, IIM-Tiruchirappalli and IIM- Udaipur & IIM-Kashipur, (also referred to herein as the "new IIMs"). 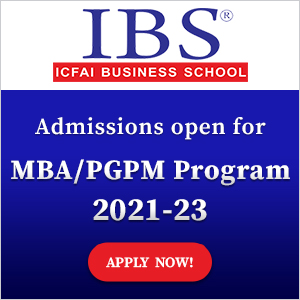