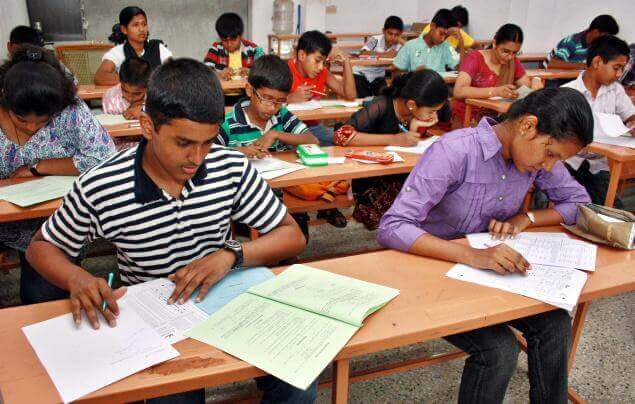 Around 12 lakh Engineering and Architecture aspirants appeared for the offline – paper based JEE Main on April 3, 2016. JEE Main 2016 will govern the fate of all aspirants as it dictates admission to the NITs, IIITs, DTU and CFTIs. Moreover those who are aiming for the IITs also need to be among the top 1.5 lakh scorers to appear for JEE Advanced 2016.

Most of the questions in this section were of moderate to easy difficulty level. A majority of questions were mostly covered were based on the topics - Current Electricity and Heat & Thermodynamics followed by Measurements and Errors, Rotational Motion and Semi conductor Devices. Questions that were of high difficulty level accounted for a total of 8 marks.

Like other 2 sections this sections also comprised of 30 questions. Most of the questions were moderately difficult and topics mostly covered were AOD, Circle, Limits, Matrices and Sequence and Series. High Difficulty level questions were carrying 4 marks. Candidates found this section to be lengthy.

The proportion of questions from each division- Physical Chemistry, Organic Chemistry and Inorganic Chemistry was the same. Main topics covered were Alkyl Halide, Chemical Bonding, Coordination, Hydro Carbon, P Block. Most of the questions were easy, in all the section comprised of memory based questions.

The below graph depicts the number of easy, moderate and difficult questions with marks they account for in each of the 3 sections: 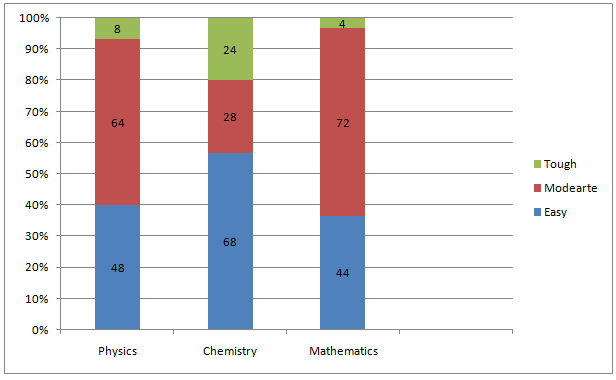 Overall the paper was MODERATE. Out of all the questions 27 questions were easy, 48 questions were moderately difficult and 15 were of relatively higher difficulty. Academicians and students predict higher cut offs due to the lower difficulty level of the exam.

top b schools in india

top 10 b schools in india

best colleges for mba in india